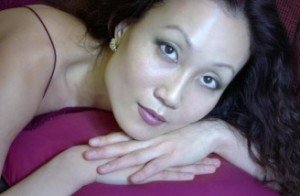 Wonsun B. performs throughout Europe including Austria, Germany, Portugal, Yugoslavia, Switzerland, and the Netherlands, in the United States and in Asia. One of the finest honors in her career was being selected to perform at “The Schlesswig Holstein Music Festival” in Luebeck, Germany as a soloist among 60 pianists from around the world. Also she is a frequent guest-artist at WQED-FM. As a piano trio member, she performed with Sidney Harth (Violin, Former Concertmaster, New York Philharmonic) and Misha Quint (Cello, Director/Soeterberg International Music Festival). For 2011-12, Ms. Bae performs the complete Beethoven Sonatas for violin and piano with violinist Luis Casal at QYCM Virtuoso Artists Series, NYC.

Wonsun received her Konzertexamen at the “Kunstuniversitaet Graz”(National University for Music and Arts in Graz), Austria. She studied the piano under the renowned piano teacher, Mr. Alexander Satz. Wonsun won the “Karl Boehm Music Competition” in Austria, performed under Sir Martin Turnovsky of the Prague Symphony Orchestra. She also won the “Boesendorfer Piano Prize” in Vienna for the exceptional talented young pianist in Austria. She has been honored as a scholar of the Austrian Cultural Government.

Wonsun is a faculty member at Music Department of Queensborough Community College/CUNY. She is the Founder of QYCM Virtuoso Artists Concert Series, New York City and Artist-Faculty at Soesterberg International Music Festival in the Netherlands and Interharmony International Music Festival in Switzerland. Also she has been a faculty member at School of Music of Duquesne University.