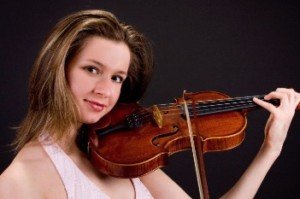 Victoria comes from a family of professional musicians which includes her mother, father and sister who all play the violin and piano professionally. She began her violin and piano training at the age of five, in her home country of Moldova, a former USSR state and attended an esteemed conservatory school for gifted children.

Victoria was encouraged by her parents and teachers to pursue a career in violin and piano performance because of her natural talent for music. Victoria has performed both as a member of an orchestra and had the honor of playing as an invited soloist throughout her career. Her performance spans numerous cities throughout Romania, Moldova, Ukraine, Austria, Russia and the United States. Some of her performances include Broadway Shows, Cirque du Soleil acts, international symphonies and audience members have included former Presidents and recognized industry leaders.