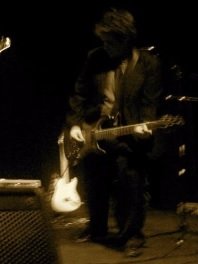 Thomas Price was born on June 12th 1991 in Harrisburg PA. At a young age he had learned that he was adopted from PA, by a loving couple in Southampton, New York. The Price family has been known as a very noble family for generations, and he had been very lucky to fall into this family. Thomas was a very enthusiastic and calm child growing up, as an only child. He made friends easily in pre K, and got along with his two cousins as if they were siblings.

He discovered his talent of art when he was about four years of age. He drew a lot on paper, free sketch. As the years progressed his talent developed and became more elaborate and actually started to draw real things. Thomas went to kindergarten, elementary and middle school at Tuckahoe School in Southampton. In fourth grade he was offered to start learning an instrument. Thomas wanted to play drums at first, but the music teacher wouldn’t let him, so, he was forced to play trumpet. Thomas kept very good grades all throughout his Tuckahoe career, and became a relatively popular person among people, while being able to possess a talent of the arts.

Thomas transferred out of Lebanon Valley College in 2011, and went to Suffolk community college for a semester, while taking jazz composition online with Berklee College of Music. During this time he wrote and recorded many songs.Different style jazz compositions, electronic music, and even released an EP called DzTommy Pdz, where he wrote, performed and recorded all of the music you hear on it, with guest lyricists. That took off pretty well in the web- world, and everyone he had talked to about his music, seemed to like it. In Spring of 2012, Thomas transferred to LIU Post, where he started studying jazz intently. Currently he is finishing his last semester at Post, and will be graduating with a B.S. in music in May 2013.