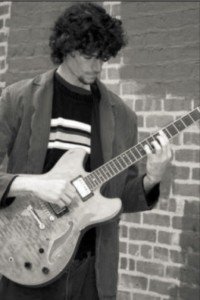 Born in New York City, raised in Florida, Ryan is a musician and educator dedicated to music and the arts. In 2004 Ryan completed a B.A. degree in jazz studies from the University of South FL. In 2006, Ryan moved to NYC to attend the Manhattan School of Music. During this time Ryan had the opportunity to study with numerable highly esteemed jazz performers and composers, notably David Liebman, Phil Markowitz, Chris Rosenberg, Jason Moran, and Rodney Jones. Upon Graduating with a Master of Music in Jazz in 2008, Ryan has become a composer and musician dedicated to modern, forward thinking music. As a composer, Ryan has premiered original compositions for jazz septet at the jazz festivals of Jazz A’ Vienne, Montreaux Jazz Festival, and Umbria Jazz. Mr. Ryan has composed, arranged, and recorded compositions for 17 piece jazz big band. Ryan also has experience composing for chamber ensembles. In 2009, he was commissioned by the Heun Choi String Quartet to compose original music to be performed on a weekly basis. Ryan has also composed for film and television pilots. Currently, he performs with and leads the Ryan Ryan Quintet, an ensemble regularly performing his compositions in New York. As a performer/guitarist, Ryan’s experience has brought him to venues throughout New York and the northeast, various cities in Florida, and to France, Switzerland, and Italy. He has toured with world renowned percussionist and band leader of the Latino Project, Gumbi Ortiz. Mr. Ryan has toured with the Craig Turley Orchestra, a jazz ensemble that backs high profile performers such as Aretha Franklin, Tony Bennett, and The Temptations among others. Currently, Ryan is an active performer within New York’s jazz and creative music community. In addition to leading his own quintet, Ryan can be heard performing with modern jazz ensembles, singer/songwriters, and contemporary/improv groups.