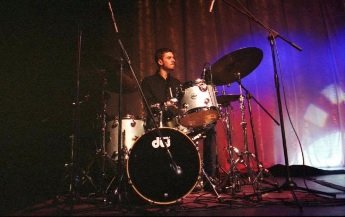 Reed S. has been playing the drums since the age of 7. At 25, he has already played in large venues such as The Hollywood Bowl in Los Angeles, The Gorge in Washington, Canuck Stadium in BC, Canada. He has also played shows in Malaysia, including Kuala Lumpur, Malaysia and Singapore.  Reed has studied at The University of North Texas with Ed Soph, and then relocated to NYC to finish his undergraduate education at SUNY Purchase Conservatory to study with Todd Coolman, Jon Faddis, John Riley, and Kenny Washington. Reed has performed and studied with: Wycliffe Gordon, Chris Potter, Kenny Washington, Ed Soph, Roy Hargrove, Todd Coolman, John Abercrombie, Tom Harrell, Jon Faddis, John Riley, Dan Weiss, Henry Cole, Zee Avi, and Jack Johnson.  Reed is based in New York, NY, where he plays in various groups including his own.