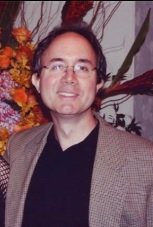 Peter M. is a native New Yorker from the Upper West Side born in 1967 in to a musical family.  His father, Victor, was a professional songwriter in the 60’s and 70’s and often brought him to recording sessions. His grandfather played trumpet in the big bands.  Peter attended Mannes Conservatory’s College Prep Program for two years, studied classical piano for twelve years and also studied jazz piano for five years with composer/pianist Harold Danko.  He attended NYU and graduated in 1988 with honors earning a BS with a Music Composition major.  Two years after college, Peter opened a recording studio called River View Music and began recording and composing music for TV/Film full time, working with talents from (the then unknown) Ben Stiller, Conan O’ Brien and Stephen Colbert to Chaka Khan.  In 1993, the studio was renamed Millrose Music and currently resides in Union Square.  All along, even when in high school (The Calhoun School), Peter had been teaching private students the fundamentals of playing piano, theory and ear training and sight reading.  These days, he’s experimenting with bringing more technology in to his lessons through the use of iPhone/iPad apps and the internet.  Though he can teach classical piano, and encourages students to experience that repertoire, he most loves to teach modern songs (especially to students who like to sing).