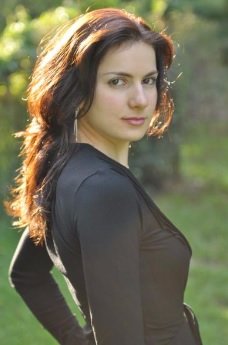 Olga T was born in Moscow, Russia in 1988 and is from a musical family. In 1991 she immigrated to Mexico with her parents and there she received her elementary and high school education. Olga started her musical education in The School of Arts of Queretaro City when she was 8 years old and studied with Vladimir Morales, Frank Morales and Valeri Shubni. At the age of 9 Olga was a finalist at the National Violin Competition “Hermilo Novelo” in Mexico City and since then she continued her studies in the capital with the Russian teacher Natalia Gvozdetskaya.

Olga T graduated in May and received her Bachelor’s degree from the Eastman School of Music while being under the tutelage of Professor Mikhail Kopelman. Her quartet was chosen to be part of the Chamber Honors Recital where they interpreted Prokofiev 2nd Quartet. Olga is a current MM student of Albert Markov and she was awarded the Honorable Attention at the 7th Lisma Fundation International Competition in August 2010, in August 2011 she was awarded the 3rd prize in the same competition. Currently Olga is a member of the string department at the Long Island Conservatory.