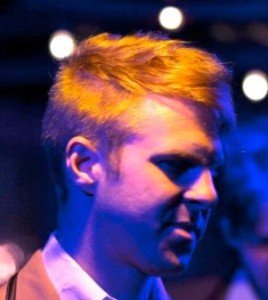 Mike Hodges is a freelance drummer, percussionist, and music educator living in Brooklyn, NY. A diverse performer, Mike is accomplished in many styles of music and areas of percussion. With performance and recording credits in everything from Pop to Orchestral to South Indian Classical music and everything in between, Mike has maintained a broad musical presence that continues to expand.

In 2007, Mike graduated from the University of North Texas with a degree in Percussion Performance. During his time at UNT, he earned such awards as Honor Percussionist of the Year, UNT Concerto Competition winner, and Percussive Arts Society Multi-Tenor Champion three times.

Upon graduating, Mike established himself as an in-demand performer and session musician in Dallas playing with the top artists in the area. Between original bands, commercial music, musical theater productions, and being a member of the Dallas Cowboys and Dallas Mavericks Drumlines, he has enjoyed maintaining a busy schedule. Highlights include multiple guest soloist appearances with the Richardson Symphony, Dallas Observer music awards, and appearances on Good Morning Texas. Recently, Mike has been touring the country playing drums with the retro-rock band The Travoltas.

As an educator, Mike has privately taught hundreds of students over the years, placing many of them in high level performance groups and top-notch university programs. Mike served as a drumline instructor for the Phantom Regiment Drum and Bugle Corps from 2007-2010, winning the Drum Corps International Fred Sanford Award for Percussion Performance twice (2008, 2010), and the DCI Championship in 2008. He is currently an instructor for the Santa Clara Vanguard.