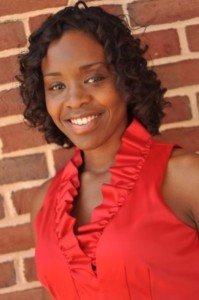 Marjorie P is making her Off-Broadway Debut in NYC! She is currently playing the role of Jessie in the NY times reviewed Musical “Honestly Abe”.    She has recently finished her Master’s in the Arts of Teaching in Music Education at Augusta State University (ASU) and she was an Honor Graduate of Columbus State University (CSU) as a Music Vocal Performance Major. She was recently employed as the choral director at Burke County Middle School before moving to New York.

She has performed in a number of productions in the Columbus and Augusta areas.    During her time at CSU, she was Barbarina in the opera The Marriage of Figaro.    She was a featured soloist with the CSU Orpheus Ball, the GHP Jazz Band, the CSU Jazz Band, and Georgia All-State Mixed Chorus. In Augusta, she has performed as The Usher in the operetta Trial by Jury, Ida in the musical Honk,   and The Blues Singer in The Trials and Tribulations of a Trailer Trash Housewife.

Her many awards include CSU Most Outstanding Arts Student, Audie Murphy Outstanding Student, Altrusa Music Scholarship, the Dean’s List, and the Davidson GRAMMY Ensemble.    She was a semi-finalist in the Georgia National Association of Teachers of Singing Competition and she was a participant in the Governor’s Honors Program. All while working as a Gospel choir director, soloist, and musician.