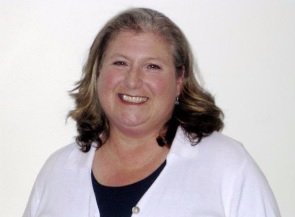 Kathy has served as Assistant Director of Music at the United Methodist Church of Westport, and Associate Music Director for the United Girls’ Choir in New Haven, Connecticut.

In 2008, she relocated from California where she served as Music Administrator and Director of the Children’s Choir Program at Grace Cathedral in San Francisco. She taught musical theater, voice, and piano, at the Spindrift School of Performing Arts in Pacifica, CA, and was a singer and assistant conductor for the Chamber Singers and Women’s Choir, and the founder and conductor of the Men’s Choir at San Francisco State University.

Previous to her move to San Francisco, she was a K-12 music and theater instructor and high school choral director for the Atascadero Unified School District on the Central Coast of California for twenty years. She was also the founder and director for fourteen years of the Atascadero Summer Performing Arts Institute, a musical theater program for students ages ten to eighteen. Under her direction, the Atascadero High School Choirs consistently had students placed in the regional and state honor choirs, were recognized as one of the top programs in the state, and performed extensively in venues throughout California and the nation including the Kennedy Center in Washington DC and Carnegie Hall in New York.

Kathy has also served as a Visual and Performing Arts Consultant for the Pearson/Silver Burdett textbook company, as an adjudicator for the California Music Educators Association and Heritage Festivals, as a private educational consultant in the performing arts. She holds a Bachelor of Arts degree in Music, a K-12 teaching credential in Music, and a Master of Arts in Music with an emphasis in choral conducting.