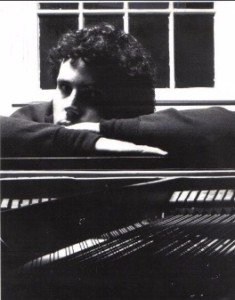 Born in New York City, John began classical piano training at the age of 4 and started performing at the age of 7.  At his first classical recital, he performed works by Beethoven, Mozart, Bach, Chopin and Brahms on both concert grand piano and harpsichord.  John also performed with local churches playing Bach Choral music both solo and with local choirs.  John’s family moved to Southampton where he attended high school, and continued to study piano and keyboards and music theory.  “In high school my attention turned to jazz,  R & B, contemporary and rock.”  By his senior year, John had received offers to some of the most prestigious music conservatories in the country.  He accepted a full music scholarship to Long Island University/C.W. Post which was home to the Long Island Philharmonic and the Tilles Center.  From there, the rest is history.  John has shared the stage with the Long Island Philharmonic, and over the years has played in scores of locations in Manhattan, The Hamptons and The East Coast.