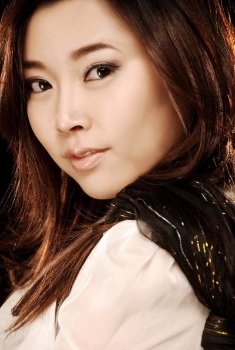 Soprano Jihee K. was born in Seoul, Korea. Her passion for both the art song and opera brought her to the United States to study voice. In 2006, she entered Peabody Conservatory of Music in Baltimore as a Master of Music student granted Peabody scholarship under the instruction of Ah Young Hong. She made her debut solo performance at the Peabody singing Poulenc’s Gloria with the Peabody Concert Orchestra, The Peabody Singers, and The Peabody-Hopkins Chorus under the baton of Maestro Edward Polochick. In 2008, she continued her studying at Peabody as a Graduate Performance Diploma also with Peabody scholarship. While that time she studied with world famous Engligh bass-baritone, John Shirley-Quirk. Between 2009-2011, Ms. Jihee was in the Opera Artist Diploma program at Yale School of Music studying with voice instructor Doris Yarick-Cross.

In 2009, 2010 and 2011 she performed Mahlers Symphony No. 4 with Yale Philharmonia, Norfolk Chamber Music Festival and Orchestra New England. In 2010, she sang a soprano soloist in Messiah by Handel with Hartford Symphony Orchestra. In 2011, she was selected to sing in the Classic Night Concert in Zurich. Opera roles include, Pamina in Mozart’s Die Zauberflöte (Peabody 2008), Violetta from La Traviata(Peabody 2009), Susanna from Mozarts Le nozze di Figaro(Yale 2010), Nightingale from Stravinskys Le Rossigol(Yale 2010), Zerlina in Mozarts Don Giovanni (Yale 2011) and Belinda from Purcells Dido and Aeneas(Yale 2011). She covered the first soprano in a quartet in the opera The Enchanted Island at the Metropolitan opera in New York 2012.
June in 2012, she will participate the SongFest as Marc and Eva Stern Fellowship. In July she will be at Marlboro Chamber Music Festival. Also she will be returning at the Metropolitan Opera covering Barbarina in Le nozze di Figaro(2012) and Flowermaiden(1st group, 1st soprano) in Parsifal(2013). Ms. Jihee was chosen for the semi-finalist from Young Patronesses of the Opera Competition in 2011. Soprano Jihee K. worked with many famous coaches, directors, coaches including Timothy Shaindlin (Yale), Nelson Calzi (Teatro di Milano), Jonathan Kelly (Metropolitan Opera), Marc Verzatt, Mark Streshinsky, Sam Helfrich, Garnett Bruce, etc.