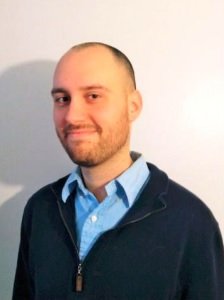 Jeff D., pianist, composer, and educator from Massachusetts relocated to New York City to pursue his master’s degree in Jazz Performance at Queens College.  After graduating from the music program at University of Massachusetts with honors, Jeff quickly became a sought-after music educator in Western Mass.  As a faculty member of Greenfield Community College, Jeff was the private piano instructor for all music majors (jazz and classical), coached student ensembles, and taught the courses Jazz Eras and Styles and America Popular Music of the 20thCentury.He has also worked at the high school level, teaching at the Putney School in Vermont as well in the Pioneer Valley Performing Arts High School.  In addition to working in schools, Jeff teaches students of all ages and levels out of his home studio.

A dedicated educator, Jeff carefully works with each student and creates an individualized lesson plan based on his/her needs and interests.  He believes in teaching the fundamentals of music (technique, theory, and reading) all while studying repertoire that the student is interested and excited about learning.  Jeff works in a wide variety of styles including classical, jazz, blues, rock, and R&B – in addition to piano students, he has worked with many singers, songwriters, and other instrumentalists who want to expand their knowledge of composition, music theory, and improvisation.   In addition to teaching, Jeff works regularly as a performer in New York City and New England.  A lifelong creator of music, he has collaborated with both legendary players and up-and-coming new artists.  Together with his trio, he worked with tenor saxophone legend Archie Shepp to record a film score that was nominated for France’s prestigious Caesar Award.  He also works regularly with R&B/gospel singer Evelyn Harris of the renowned Sweet Honey in the Rock, and has shared the stage with hip-hop greats Digable Planets, Rahzel, and RJD2 while touring with the award-winning group Cold Duck Complex.

A tribute to his diverse musical abilities and background, Jeff has played national venues that span genres:  Boston’s Paradise Rock Club, Vermont’s Higher Ground, Boston’s Regattabar, and the world-class Blue Note NYC.  Jeff has recorded two CD’s with his trio.  The latter release, Ocean Rising (2009), was given a five-star review and selected as a CD Baby’s “Editor’s Pick.”