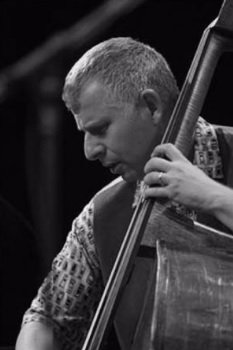 Howard B., based in Brooklyn, NY was born in London, England in 1961. A band leader in his own right, he has performed and recorded with a diverse collection of influential musicians including; Jon Hendricks and Annie Ross, Danilo Perez, Paquito de Rivera, Sam Rivers, Julius Hemphill, Kenny Werner, Uri Caine, Jeff ‘Tain Watts, Kenny Wheeler and New York’s Central Baptist Gospel Choir to name a few.

Arriving in America in 1991 on a scholarship to Berklee College of Music in Boston, MA Howard quickly established himself as a working musician. One of his first gigs was with Billy Pierce, the ex-Art Blakey tenor man. Transferring to The New England Conservatory of Music, Britz earned a Graduate Diploma whilst keeping up a busy performing schedule. In 1995 he overshot New York and moved to Philadelphia, PA for, as he puts it, “romantic reasons,”