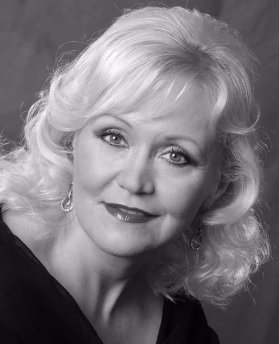 A Masters of Music degree graduate of one of New York’s finest conservatories, The Manhattan School of Music, she has appeared with the Rome Festival Opera, Columbia Arts Festival, San Mateo Winter Music Festival, Opera New York, Long Island Opera and Pittsburg Opera Theater, and in such roles as Mimi, Musetta in La Boheme, Nedda in I Pagliacci,Margueritein Faust,Micaela in Carmen,Tatiana in Eugene Onegin,Rosalinda in Die Fledermaus,Countess in The Marriage of Figaro and the title role in Tosca.

Ms. H., has also appeared as soprano soloist on the concert stages of Alice Tully Hall at Lincoln Center, Merkin Hall, Town Hall, Carnegie Hall, Weill Recital Hall, the Liederkranz Foundation in New York City, Kennedy Center in Washington D.C., the Academy of Music in Philadelphia, the Garden State Arts Center in New Jersey, Brooklyn College and the College of Staten Island@CUNY, the Mamaroneck Performing Arts Center and the Ukrainian Institute of America . Ms. H., has also appeared as soprano soloist with the Toronto Symphony, The HartfordSymphony and the Richmond Choral Society. Recently, Miss Heimur was the soprano soloist in Haydn’s Creation and in Requiem by CSI graduate and composer David Glorioso and has performed as soloist in The Chamber Music Collective of CSI at the College of Staten Island. Maestro William Vendice, a vocal coach and conductor at the Metropolitan Opera of New York and the Los Angeles Opera Theater, stated that Miss H., has one of the most beautiful voices heard lately.

Miss H., has taught at the Westchester School of Music, the Bronx House of Music, the Turtle Bay Music School, the Henry Street Settlement Arts Center and the PolyTechnic Preparatory Country Day School. She is currently on the performing arts faculty of the College of Staten Island @CUNY as an Adjunct Professor of Voice and maintains a private voice studio.

Elena H.,was named by the National Foundation For The Advancement In The Arts for having had the most significant influence on student artistic development, and is a member of the New York Singing Teachers Association. Many of her students have won competitions and talent pageants and are singing professionally on Broadway, in other musical theaters and opera, both in the United States and abroad.