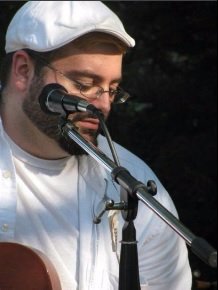 Cory D. began his formal musical training on double bass in the orchestra and continues to play bass today. In high school he performed with Rock/Top 40 cover bands, studied music theory with Frank Hansen and attended BOCES Long Island High School for the Arts which earned him, a New York State Regents Diploma in Music.  After high school, Cory attended the Recording Engineers Institute where he earned a certificate in Audio Recording Technology from New York State and became the Studio Manager of Harbor Music Shoppe in Sag Harbor. While being the manager he recorded, mixed and mastered artists and composers such as: Lukas Foss, Roy Scheider, Michael Guttman and David Dubal.

After working in the recording industry Cory attended Suffolk Community College under the tutelage of professors such as Ralph Williams and C.W. Post’s very own, James Erickson. With recommendations from both professors, Cory transferred to C.W. Post and became a double major.  Cory D. graduated from C.W. Post Summa Cum Laude with a B.S. in Music and a B.A. In Philosophy. While at C.W. Post he participated in multiple ensembles, was an active member of the Philosophy Club and a member of Phi Sigma Tau the National Philosophy Honor Society. Cory has taught at many of the private music lesson studios on Long Island such as the School of Rock, The Piano Studio for Kids, Advantage Music and many others. He is employed by MoonSoup, a “mommy and me” program offered in NYC and Bridgehampton and The Rock Underground, a revolutionary new rock school. Currently, Mr. D. is performing with his band Jupiter Fell, is an Artist in Residence at the prestigious Knox School, and is pursuing a M.S. in Music Education at C.W. Post as a Graduate Assistant for both Professors T.K. Blue and Harris Becker.