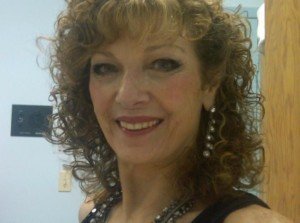 Christina has been a dedicated teacher for over fifteen years.  She brings joy to all her students that know her.  Christina began her teaching career working independently through her own business.  She has been teaching both mainstream and special needs children in the Boces school system in Suffolk County while pursuing her Bachelor of Science degree in Music Therapy and Performing Arts, where she graduated from Molloy College in 2010.  Christina believes that music is advantageous for children to stay focused in all aspects of education.  She also believes that having fun with music is also a means of self-expression for the children she teaches and instills that in all her students.

Throughout the years, she has studied with prestigious vocal teachers including Metropolitan Opera coach, Daniel Merriman where she studied the scientific reasons as to why we sing.

Her performance credits include appearances on radio shows such as WBAB, WPLG and local Long Island Radio; she has appeared on television shows on the Manhattan cable network and TLC channels on cablevision.  She has been a studio musician for over 20 years singing on commercials for Ram Chevrolet, Ram Ford and Nintendo.

Christina has shared the stage with such stars as Johnny Maestro and the Brooklyn Bridge, The Duprees, Little Anthony and the Imperials, The Drifters and Barbara Harris and the Toys to name a few.  She toured the Eastern seaboard and appeared in Atlantic City and The Brookhaven Ampitheatre opening for the Count Basie Orchestra.    She currently performs with the Manhattan Skyline Orchestra recently featured in The Daily News. Christina prides herself as being flexible in her teaching ethics.  She enjoys teaching all styles of music to fit the needs of every individual student she teaches.