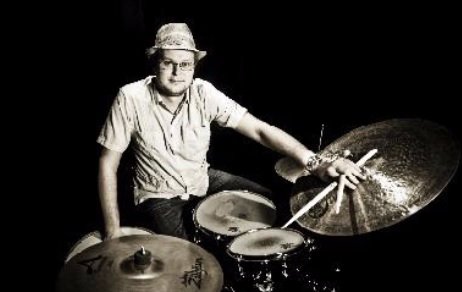 New York based Drummer/Percussionist Brendan F. began his percussion training at a young age after a short stint with the piano. By high school he was playing regularly with the school jazz band and his own rock band. Brendan soon found that his love for music was more than a hobby, and he chose to continue his education at Berklee College of Music in 2002.

At Berklee he dug deep into the Jazz and Latin rhythmic languages, studying drumset with Kim Plainfield, John Ramsay and Ian Froman, African drum and dance from Joe Galeota, and Brazilian Percussion with Marcus Santos. Playing with rock band Waking Grey and Brazilian Group BatukAxe allowed him to play in many of the prominent bars and festivals in the Boston Area, including, Harper’s Ferry, The Middle East, Avalon, Ryle’s Jazz Club, the Bean Town Jazz and Lowell Folk Festival. Increasing interest in ethnic percussion lead to trips to both Ghana, West Africa and Salvador, Bahia, Brazil to study dancing and drumming. Brendan continued to play with BatukAxe, The JAG West African Drum and Dance Ensemble and the Boston University Dance Theater Group and performed frequently with these groups including performances at, The Berklee Performance Center and Percussive Arts Society International Convention in Columbus, Ohio.

In 2006, after graduation, Brendan shifted gears once again choosing to see the world while a member of the Carnival and Royal Caribbean Cruise Lines showbands. A job he enjoyed for over four years, sharing the stage many musicians and variety acts including, The Drifters, Coasters, Mr Las Vegas-Tony Tillman and Roger Homefield. Brendan moved to Astoria, Queens in 2010 and can be found teaching and playing around the city.