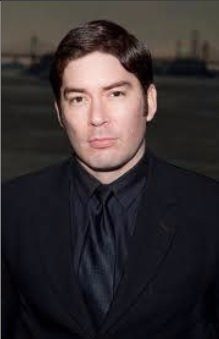 In  the  2008-2009  season,  Brace  had  his  European  opera  debut  performing  the  title  role  of  Donizetti’s Don Pasquale as well as the Bonze in Puccini’s Madame Butterfly with Lyrique en Mer Opera Company in Belle  Île,  France.  He  had  his  debut  with  Toledo  Opera  as  Count  Ceprano in  Verdi’s Rigoletto,  as  well  as the 1st Nazarene and the Cappadocian in Salome.Other previous engagements include Christiano in Verdi’s Un ballo in maschera with Des Moines Metro Opera in 2008, Gregorio in Romeo et Juliette with New Jersey Opera Theater and Opera North, an Asian debut in Singapore with Singapore Theatreworks as the Cowherd in The Silver River by Bright Sheng, and Morales  in  a  production  of Carmen with  the  Utah  Festival  Opera.

Brace  has  had many  opportunities  to learn and perform roles with the Bronx opera including a fine performance(Opera News) as Leporello inDon  Giovanni,  in  which  Outerstage  called truly  hilarious.  Pantaleone  in Der  Drei  Pintos by  von Weber,  and  the  New  York  Times  said  he demonstrated  comic  gifts  as  Jupiter  in  Offenbach’s Orpheus and the Underworld. Brace  has  been  a  finalist  in  the  Azuriales  Opera  Festival  and  Competition Concert  Series  performed  in Beaulieu sur Mer, France and in the Heinz Rehfuss Competition in Orlando, Florida