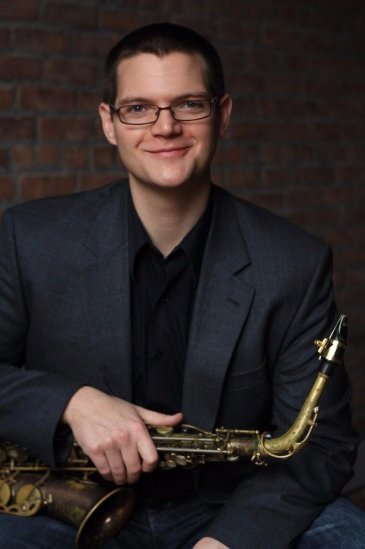 Multi-instrumentalist, educator and composer/arranger Bill Todd was born and raised in Buffalo, New York. He began playing the saxophone in public school at age eight and within a few years added clarinet and flute into the fold as he began performing regularly with local big bands as well as his own groups throughout Western New York and Southern Ontario, CA.

Bill continued his studies of jazz music and the saxophone at the Purchase College Conservatory of Music where he earned his Bachelors degree in Jazz Studies and also received the Theodore Presser Undergraduate Scholar Award. While attending school at Purchase, Bill was guided by and studied with such world class jazz artists such as Jimmy Greene, Eric Alexander, Steve Wilson, Jon Gordon, Todd Coolman, Jon Faddis and Pete Malinverni. Throughout his career, Bill has performed with other distinguished artists such as Joey DeFrancesco, Randy Brecker, Bob Mintzer, Cyrille-Aimee, David Hazeltine, John Riley, and Jon Fedchock. He has performed at Dizzy’s Club Coca-Cola at Lincoln Center, Birdland and many other venues in the NYC area.

Recently, Bill has had the experience of playing Reed 1 on the national tour of Mel Brooks’ Young Frankenstein: The Musical. He also has a new composition for big band entitled “Too Soon” that is in publication process that was commissioned by Kenmore East High School in Tonawanda, NY. Bill currently lives in Brooklyn, New York where he is able to fully immerse himself in his musical studies in the great musical hub of New York City.