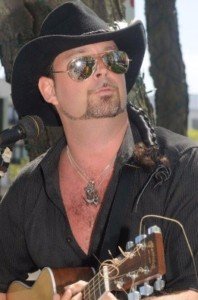 Benjamin M. (a.k.a. Benoir) is an award winning educator and performer who has toured the world as a guitarist with bands like Pharaoh’s Daughter, Kema Jamal, Tribe of Djembe, and many others.  His experience as a private music instructor began in 1990 when he was 17.  At the University of Miami where he obtained a Bachelors Degree in Studio Music / Jazz Performance in 1995, he was able to study classical and jazz piano techniques, as well as sight singing, music theory and ear training.  Ben has developed his own method of teaching music that incorporates piano and theory, regardless of a pupil’s primary instrument.  Some of his accomplishments include performing at Lincoln Center (Alice Tully Hall, and Damrosch Park) on multiple occasions (See Rhys Chatham’s Crimson Grail for 200 guitars) and working as camp director for DayJams and School Of Rock.  His many years of recording and performing make him a highly sought after talent.  He enjoys working with students young and old, and has an uncanny talent to inspire beginners and players of all ages to enjoy music lessons to the fullest.  You can find out much more at musicnoir.com