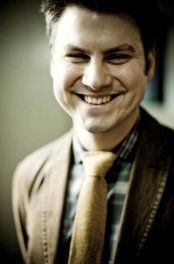 Austin W. hails from the town of Foxborough, MA where he took to the drums at age nine. Austin received his first snare drum from a family member and bought his first drum set at age 11 by working at a local printing press. Austin then studied from Steven  C. Massey and George Murphy through the Foxborough Music Program while taking private instruction from local teachers such as Brooke Sofferman and Bob Gullotti.  In 2005 Austin came to New York City to study jazz with scholarship at the Manhattan School of Music from drummer John Riley. At MSM Austin has received his bachelors and masters degrees in jazz performance. Austin is now affiliated with The Manhattan School of Music, Jazz at Lincoln Center, Music Beans and The Larchmont Music Academy.

As a conductor Austin has worked with The Jose Limon Dance Company and is a composer whose commissions have been premiered by middle school bands. As a sideman and leader Austin has toured Scotland, England, Whales, Holland, France, Germany, Poland, the Caribbean Islands and the United States. Austin has also had experience being a musical director for Carnival Cruise Lines when he was 20 years old. Now Austin maintains an active performance itinerary and holds a steady gig in the west village of Manhattan once a month at the Garage Restaurant. He is an up in coming performing artist that performs regularly in New York City.