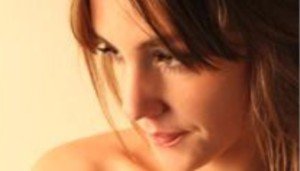 Ariadna C., pianist and composer, is the first Spanish musician to achieve the prestigious Presidential Scholarship at Berklee College of Music in Boston. She has performed all over the world and brought flamenco to new scenarios in the US: Monterrey Festival, Kennedy Center. Born in Madrid, she began playing the piano at 6 years and at 17 won a full scholarship to Guildhall School of Music where she studied classical piano. But she was always close to flamenco music and when she returned to Spain, she worked with numerous flamenco artists such as: Niño Josele, Jorge Pardo, Agustín Carbonell “El Bola”, Javier Limón.

Last year 2010 she lead the Honorary Tribute to Paco de Lucia. She has also been touring through the big stages of America and Europe with her Middle Eastern-Flamenco-quintet. She has recorded for Alejandro Sanz, Sandra Carrasco, José Mercé, and in the Spring she will start her tour with other young rising flamenco talents from Spain. She will soon be releasing her first album with acclaimed producer Javier Limon (Paco de Lucia, Lagrimas Negras).