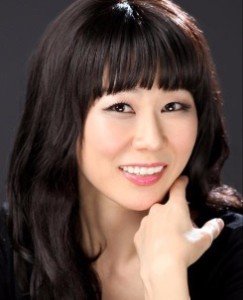 Soprano  Annabelle  H.,  holds  her  Master  of  Music  degree  in  Vocal  Performance  with  honors  from California  State  University  Los  Angeles.  She  also  minored  in  Piano  Education.  Her  Awards  include:  Lu Elrod/Snyder  Scholarship,  The  Young-Nak  Scholarship,  Cal  Grant,  and  two-time  Special  Recognition Awards at The Honor’s Convocation. She has been teaching voice and piano for about 10 years. She was a  faculty  member  at  Neighborhood  Music  School  in  Los  Angeles  and Santa  Clarita  Music  School  in Valencia, California.

She  has  performed  main  roles  with  opera  companies  in  Los  Angeles.  Her  performances  were  highly acclaimed  by  critics  from  the  local  newspapers  and  magazines.  In  2009  she visited  Seoul  Korea  to perform with European Orchestras such as Romanian Symphony and Moldova National orchestra in the best venues in South Korea. She has received recognition and great reviews from the conductors of the orchestras. She is presently an Artist-in-Residence at New York Lyric Opera Theatre and also a member of Opera Company of Brooklyn.