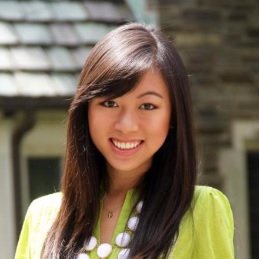 “Angela W. is an exceptionally talented, established professional musician and artist in the fields of orchestration, arranging, playing and composing…Her sensitivity to her art and to that of the art she may collaborate with is superb.” Ira Newborn (Hollywood studio guitarist, film composer)

“She has a fresh style of her own; her music doesn’t sound like someone else’s” Bill Elliot (Accomplished Disney movie/ TV/ Broadway musical/ pop music composer/ conductor/orchestrator)

“I was impressed with her singing and piano playing, her original compositions and her creative treatment of a variety of contemporary style using variable instrumental combination” Ray Santisi (Pianist and mentor of Keith Jarett and Diana Krall)

In May 2013, Angela just released her second CD “Journey”. A mix of different styles, from Progressive rock, alternative, Japanese rock, alternative to folk rock. Angela started with the her unique music ideas and lyrics, put together an amazing band with talented musicians from NYC, from recording, production to cover design, Angela shows her creative talent in so many different artistic ways. Journey is a project not only shows her musical talent but also her spiritual/ philosophical understanding of life. She is about to take off and perform with her band around NYC and later tour in Taiwan by the end of 2013.

In the same year, one of Angela’s many works in film scoring, “The Final Shutter,” directed by Hyunsook Oh, is accepted by the Cannes International Film Festival in Frence at the short film corner. Screening on May 17, 2013. In September 2011, Angela released her first jazz/pop CD album “Love Is” At the same time, she also starts to perform in New York City. Besides playing with her own band, she also has the privillage to work with established singer/songwriters such as: Elizabeth Sullivan and Anne He. She just finished a wonderful tour in Taiwan in December 2011. In May 2010, Angela W. graduated from the master program of NYU steinhardt – major in Music Composition for film and multimedia, on top of her music degrees in Contemporary writing and Production/ Performance from Berklee College of Music in 2007 before she moved to NYC.
Angela was born in Taipei, Taiwan. She started her classical piano training at age of 5. Her musical telant was immediately recognized by her piano teacher. She was a member of an award-winning choir through out high school ages. When she was 15, she was chosen to be the accompanist in the church. since then she had performed in the church band for over 10 years. During that period, she practiced her arrangement and composition skills along with the performance skills in different genres, such as, soul, funk, rock, gospel, jazz…etc. Angela soon realized music is the passion for her life! After 3 years of performace experinece with her original speed metal band “Prophecy” and jazz band “Soul Steps”, she decided to move to the United States.

Angela first spent 3 years in Berklee College of Music, one of the best music school for contemporary and Jazz music through out the world. While Angela focused on “Contemporary Writing and Music Production” and “Music Performance” in Berklee College of Music, she met her music mentor, accompliashed movie composer Bill Elliott and great pianist/educator Ray Santisi. She also was equiped to be a studio music producer with Michael Farquharson. Besides her study, during 2005 to 2007, she was recognized as the leadsinger of her original punk rock band PICURE and had performed frequently in Boston venues. She was awarded with scholarship for the “Contemporary Writing and Production Achivement Award” by Berklee College of Music and was on dean’s list for all 9 semesters while at Berklee.

After her graduation from Berklee. She immediately moved to New York City and continued her master degree in New York University. Majoring in composition for film allowed her to expend her musical language and knowledge in contemporary and classical music and also advanced her composition and orchestration skills. New York is a city full of possibilities. As a pianist/singer-songwriter/orchestrator/composer/music producer… Angela has a very exciting life, which she plays different roles in different projects. She loves writing, performing, producing music and working with different talented musicains, film producers, artists in very creative ways. Angela’s music includes a wide genres: Jazz, Metal, Punk Rock, Classical, Electronic…,etc. She believes music is all about sharing her findings, thoughts and emotions to the world. In a different mood, she finds a different style that fits it perfectly. She appreciate all kinds of music that contains true emotions or messages. Her music is a media that delivers everything in her to the outside world.